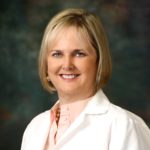 Sandra Parker, M.D., graduated from the University of Alabama in 1982 with an honors degree in biology. She attended medical school and completed residency training in psychiatry at the University of Alabama-School of Medicine in Birmingham. Parker completed her fellowship in child/adolescent psychiatry at the University of Arkansas for the Health Sciences in Little Rock. As a second year resident, she was awarded her department’s Most Outstanding Resident Award, and as a fellow, she was awarded her department’s Most Outstanding Child Fellow Award. Parker is dual certified by the American Board of Psychiatry and Neurology in adult psychiatry and child/adolescent psychiatry. During her tenure at AltaPointe, the organization has grown from 300 employees to more than 1,450 employees. In addition to her role as AltaPointe’s medical director, she is vice-chair and associate professor for the University of South Alabama College of Medicine, Department of Psychiatry. Parker has received numerous honors and awards throughout her career. She is the president of the Alabama Hospital Psychiatric Association and past president of the Mobile Bay Psychiatric Association, a local chapter of the American Psychiatric Association. In 2007, she was named an Alabama Health Care Hero by the Alabama Hospital Association. She was appointed by Alabama Governor Bob Riley to serve as a member of the Alabama Interagency Autism Coordinating Council, a position she still holds. She serves as an adjunct faculty member in the USA College of Allied Health Professions, Department of Physician Assistant Studies, and the USA College of Nursing. Parker has served as a member of the USA Center for Healthy Communities Advisory Committee. Past appointments include the Mercy Medical Advisory Board, the Mayor’s Transitional Task Force on Healthcare, and the Mobile Ballet Board of Directors. Her major psychiatric interests are in the fields of autism-related disorders, healthcare disparities and telepsychiatry. 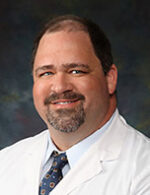 Dr. Finn is a board-certified child and adolescent psychiatrist. He earned a bachelor’s degree in economics from the University of Alabama in Birmingham before going on to earn a medical degree from the University of South Alabama College of Medicine. Finn completed residency training in general psychiatry at UAB and Vanderbilt University Medical Center in Nashville, and child/adolescent psychiatry at Vanderbilt where he was selected chief fellow his second year. He is board-certified in child/adolescent psychiatry. Following residency training and fellowship, Finn worked at the Children’s Hospital of Alabama in Birmingham as a staff psychiatrist of the Vaughan Psychiatric Service. He is a member of the Alabama Medicaid Physician’s Advisory Committee. Finn also served as medical director at Glenwood, Inc. in Birmingham. His professional experience has led to a primary interest in autism and other developmental disorders. Finn has three adult children and seven grandchildren. Finn is a USA College of Medicine-Department of Psychiatry Assistant Professor and the Assistant Director of the Child and Adolescent Psychiatry Fellowship.

Ashlen Aggen, M.D., is a family medicine physician. She earned a bachelor’s degree from the University of Alabama at Birmingham. She continued her studies at the University of South Alabama – College of Medicine, graduating with a medical degree in 2015, and completing her residency training in family medicine in June 2018. During her residency, Aggen showed leadership initiative spearheading the introduction of the Patient Advisory Board on Clinic Policy program and Reach Out and Read; programs aimed at providing the best care and opportunities for patients. She was also chosen as the Chief Resident for the 2017-2018 year, and received the Program Director’s Award in June 2018; an award given to the graduating resident who exhibits qualities of exemplary patient care, demonstrates leadership, displays a commitment to the community, contributes to scholarly activity and is dedicated to the specialty of Family Medicine. 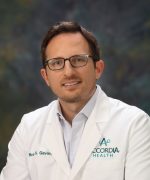 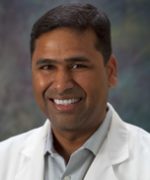 Rajesh Gujjula, M.D. has over 17 years of experience in the medical field. He graduated from University of Arkansas For Medical Sciences medical school in 2004. 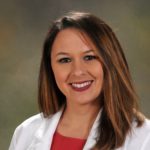 Emily Mims, CRNP, joined Accordia Health in Rockford, November 2019. Emily earned her bachelor’s in nursing from Samford University and a master’s in nursing from the University of Alabama Capstone College of Nursing. Mims is board certified in the State of Alabama and received her national certification from the American Academy of Nurse Practitioners.  Mims’ background includes work in urgent and primary care settings. 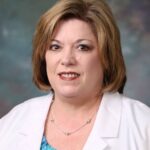 Dolores Bray, CRNP earned a bachelor’s degree in nursing and a master’s degree in nursing with a focus on community mental health from the University of South Alabama in 1996 and is a 1976 graduate of the Mastin School of Nursing. Bray earned her post masters in Family Psychiatric Nursing in 2005. She is Board certified thru the American Nurses Credentialing Center (ANCC) and the recipient of the National Health Service Corporation Scholarship. Bray is a member of the American Psychiatric Nursing Association. 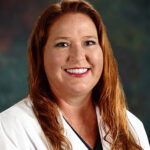 Kathy Hintz, MHS, PA-C, is a nationally certified family practice physician assistant with a passion for pediatrics. She completed physician assistant training at the University of South Alabama in 2001, earning a master’s degree in health science. In 1996, she graduated from Judson College in Marion, Ala. There, she majored in biology with a minor in chemistry and marine science. While Hintz has many years of family practice experience, she has cared mainly for children for the last five years. She is a member of the American Academy of Physician Assistants and the Alabama Society of Physician Assistants.